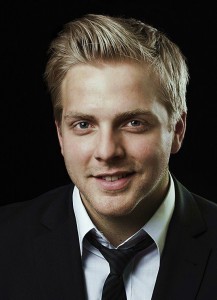 For all enquiries regarding Garth’s television appearances, please contact:

Garth Ploog is a charismatic and charming presenter and a complete natural in front of the camera. Through his experiences as one of Melbourne’s most sought after corporate entertainers, he can bring a fresh and real approach to any situation, making viewers and crew alike feel incredibly relaxed. Having trained at Brave Studios in 2011 with James Freemantle, he has since worked on projects with NAB, Chrysler and Crown Casino to name a few.

Garth was first introduced to television as a Top 30 and Wildcard finalist on Australian Idol 2004. At just 18, his infectious personality left on imprint on the competition and paved the way for his pursuit of a career in entertainment. Taking advantage of his exposure, Garth then joined youth suicide charity groups Here for Life and Youth Vibes. In that role he presented in-depth workshops to high-school children and spoke to large youth audiences in regards to leadership, goal-setting and dealing with frustration. Garth received such a positive response from presentations he was consequently made Program Ambassador and still remains passionate about youth issues.

After years of training as a singer, pianist and actor, Garth was signed to an international record label in 2007. Ready to take on the world, his enthusiasm and love for people had developed a very memorable personality, one that has now led to him to television presenting. Not restricted in any form, Garth’s diversity can range from high end corporate, to young, youthful and energetic performances for all ages. His warm and witty sense of humour will definitely make a welcome addition to any production.